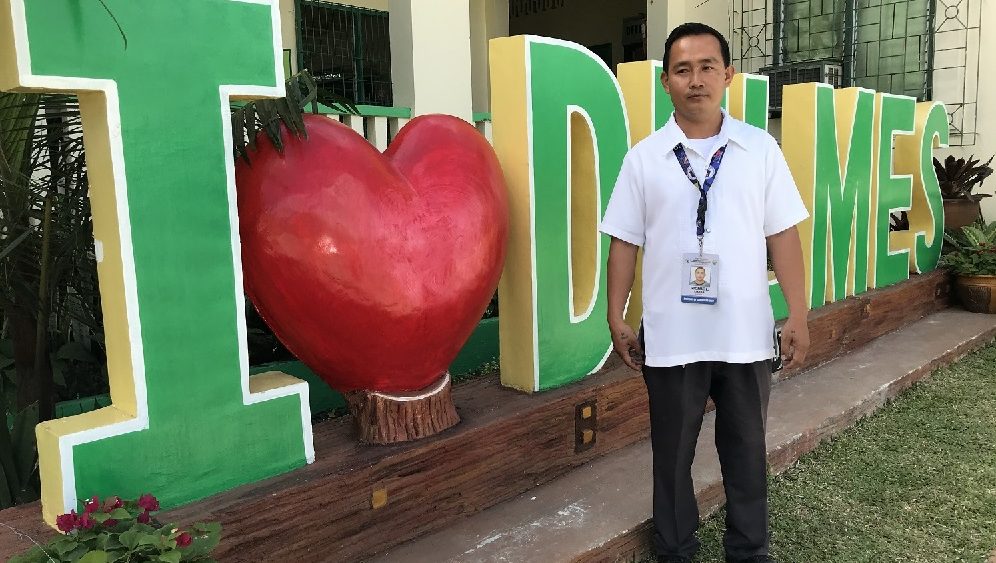 LAMBUNAO, ILOILO — From 2010 to 2012, Richie Lares worked as a crew member of Chooks-to-Go Lambunao. He roasted chicken, cooked liempo, kept his customers happy with his friendly demeanor.

So he was glad to have a sort of reunion on February 22 when Bounty Agro Ventures, Inc. (BAVI) President Ronald Mascariñas visited DELMES for the Maging Magiting Flag Turnover. Lares met with his former bosses and colleagues, fondly recalling the times he received incentives for his high sales.

When asked about what he learned from his stint at Chooks-to-Go, he stressed it’s the dignity of work.

“One needs to work diligently and respect everyone,” he said. “In fact, you need to befriend your customers, too, so they come back. Remember their names, recognize them.”

At DELMES, Lares teaches industrial arts, such as carpentry and basic electronics.

Sir Lares, we’re proud of you!