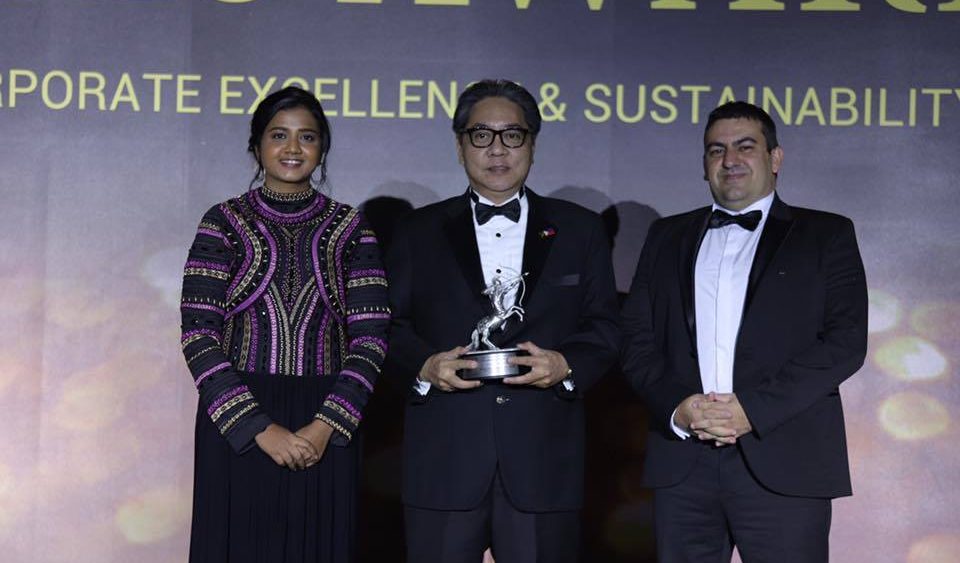 BAVI President is Outstanding Leader in Asia at ACES Awards

SINGAPORE — Ronald Mascariñas may be President and General Manager of a poultry integrator company, but he is everything but chicken in his leadership.

Lauded as one of the Southeast Asian region’s Outstanding Leaders in Asia at the Asia Corporate Excellence & Sustainability (ACES) Awards at Fairmont Singapore, October 11, Mascariñas was deemed an exceptional leader who has demonstrated sound leadership, successfully applying management wisdom to spearhead growth and prominence for his organization.

Cited as an individual who exhibits the ideal blend of business acumen, professionalism, entrepreneurial caliber and astuteness, Mascariñas was instrumental to the continued success – in fact, the very survival – of his company, Bounty Agro Ventures, Inc. (BAVI).

BAVI was initially established as a poultry integrator company operating in Cebu and Davao, Philippines, carrying the Bounty Fresh brand. Incorporated in 1997, BAVI is presently ranked 207th among the top 1,000 corporations in the Philippines.

In 2002 the company embarked on a program to modernize operational capability and market expansion, led by Mascariñas. The President helped link together hundreds of broiler contract farms, dozens of hatcheries, feed mills, poultry processing plants and processed meats plants, with the end goal of establishing a highly efficient supply chain in poultry integration. The venture was an unmitigated success, and consistently earned Triple A ratings by the National Meat Inspection Service for cleanliness.

The implementation of the Asian Free Trade Agreement, however, led to an open market, which led to cheaper imports. Faced with thin margins and fierce competition, BAVI faced a dire threat to its existence. In the light of this challenge, Mascariñas made a bold move to diversify operations. BAVI launched its own retail operation, and developed a complementing range of cooked chicken and dressed chicken products. In 2009 the company launched its oven roasted chicken business under the trade name “Chooks-to-Go”, completing the integration cycle of poultry operations, from the farm to the dinner table.

Under Mascariñas’ leadership, BAVI has set itself apart from the industry by being the first and only poultry integrator to offer antibiotic-free chicken. BAVI is presently the country’s number-two poultry integrator, and largest rotisserie chicken chain, with more than 1,200 rotisserie stores nationwide.

In a pre-Award interview, Mascariñas, attributed his bold business strategy to the trinity of Vision, People and Training. “I have always believed in the importance of a good reputation founded on ethical and fair business relationships; and the paramount importance of competent and trustworthy people in the organization working as a team. What connects the two is good management. A good leader teaches, guides, and even handholds, if needed. A good leader does everything to ensure that people who work with them are encouraged, and taught the value of discipline.”