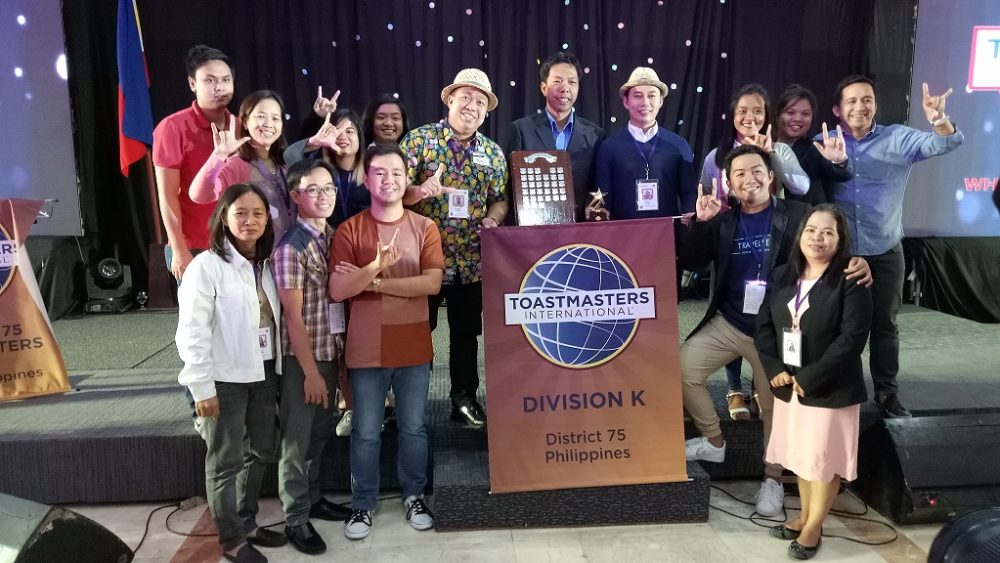 DisCon is an annual event of Toastmasters Philippines that gathers members nationwide. It offers three-day learning and fun experience that will further develop their skills and knowledge. Moreover, it gives them the opportunity to bond with other members.

One of the speakers is BAVI’s very own and Chooks-to-Go ambassador Michael Angelo “MA” Lobrin. His topic was “The Strength of Trees is at Their Roots”. He said that the strength of an individual originates from his roots, and that the places where one thrives shape his strength.

Apart from the talks, there were also fun activities aimed at building rapport and developing camaraderie among the attendees. Delegates from Division K and L had a dance off to the tune of Tayo’y Magsayawan during the fellowship night dubbed as “Pista at the Park.”

Members representing also vied for the Championship Title during the Table Topics and International Speech Contest, which was also one of the highlights of the event.

Toastmaster Philippines-District 75 Discon 2018 gave BAVI delegates a fun and learning experience. The event was also a chance for them to bond and enjoy the company of their colleagues from other BAVI Business Centers nationwide.

The Toastmasters experience is part of the company’s training and development program, which supports the company’s core values—Continuous Improvement and Personal and Professional Development.