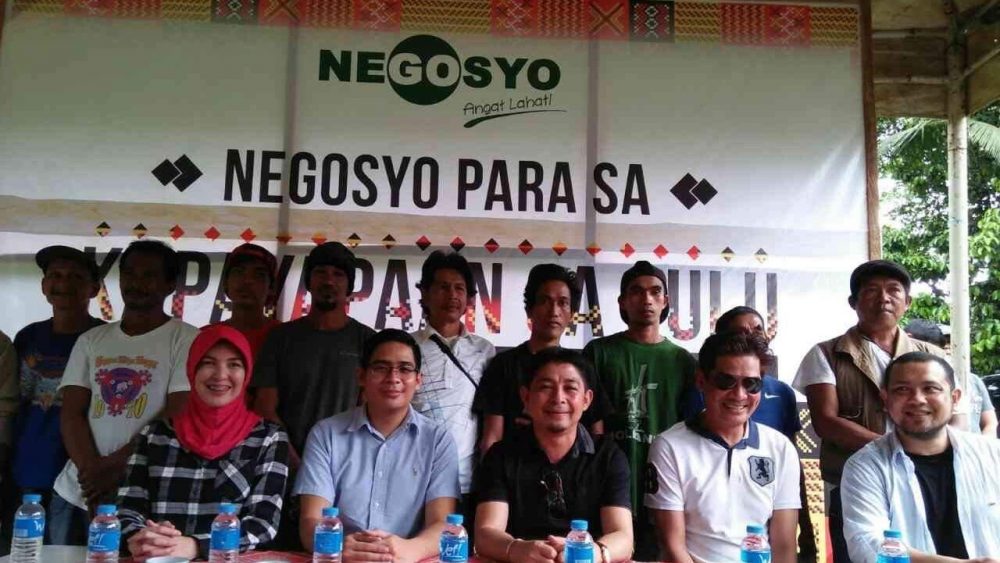 Heeding the call of the government to bring hope and prosperity to the province of Sulu, Bounty Agro Ventures, Inc. (BAVI) recently held a 3-day training session on contract growing for select farmers of Barangay Langhub of Patikul, Sulu.

The training, which was held in BAVI Zamboanga Business Center, covered the basics of contract growing; use and importance of correct building layout and equipment; use of medication and vaccines; and brooding, growing and finishing practices suitable for Sulu setting.

It was part of the recently launched Poultry Contract Growing Program of BAVI in the area, which is in partnership with GoNegosyo. The program aims to provide farmers and other members of the Sulu community with training on raising, nurturing and harvesting chickens every month.

On the third day of the training, the group did an actual farm visit, together with GoNegosyo’s Ana Margarita Hontiveros, Gabby Malvar, and Alvaro Nito.

To give the farmers hands-on farming experience, two of them will undergo another training in one of BAVI’s farms in Zamboanga City. They will stay in the farm for one full cycle to study and observe the actual growing and taking care of broilers in a real farm setting.

In April 2017, BAVI signed a memorandum of agreement with the local government of Patikul, Sulu. This was under the Negosyo Para sa Kapayapaan sa Sulu that was launched last December in Malacañang.

Under the agreement, BAVI will provide training on backyard chicken growing and donate chicks, feeds, medicines and vaccinations. On the other hand, the local government of Patikul will be in-charge of the construction of poultry farm.

The ground breaking of the BAVI Poultry Farm was also held last month, led by Dr. Kier Fernandez of BAVI. The proposed poultry farm is located in Barangay Langhub, Patikul, Sulu, about 20 minutes from the town proper of Jolo. Construction will start in June.