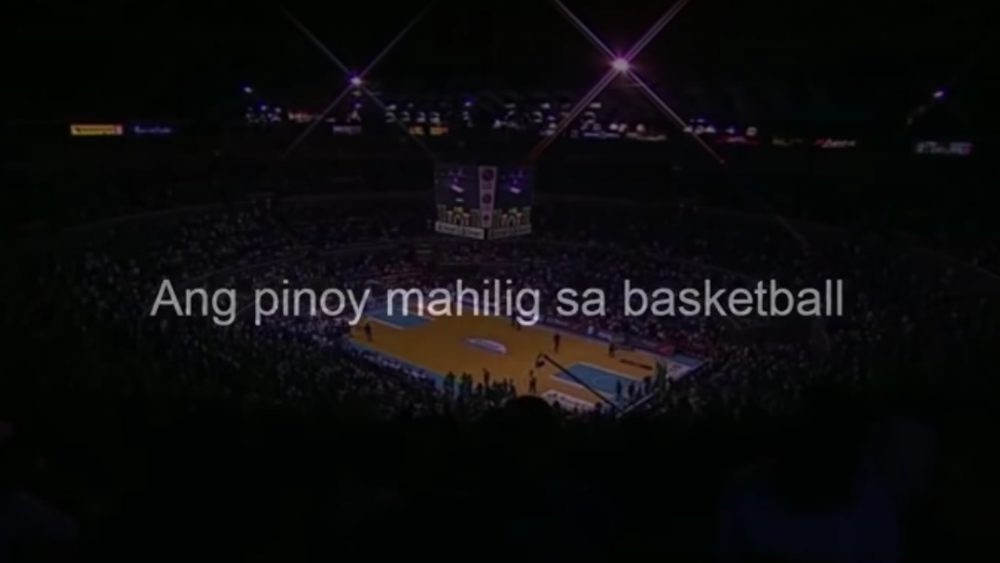 Basketball fan shows how basketball should be played Friday, February 10, 2017

Maintaining good sportsmanship is a must in all sporting events, particularly in a physical game like basketball. This involves respect for fellow team members and members of the opposing team.

This was the message of the video that went viral last week which showed intense and heated moments in Philippine basketball. Youtube user bayan muna uploaded the video last February 3.

Entitled Ganito na ba ang Basketball?, the video narrates the love of Filipinos for basketball and how, sometimes, players get too excited and emotional that they act in the heat of the moment. Clips of intense and physical altercations that previously transpired in professional and collegiate basketball games in the country were shown.

The video appeared to be talking to a basketball player, saying that kids who are watching the games may imitate what he does. This was followed by different scenarios displaying positive and fun interactions off and on the court such as team members supporting each other, teams congratulating one another after the game, and players showing grace in victory and defeat.

According to the uploader, an avid basketball fan, he thought of making the video to show that basketball, as the Filipinos’ most favorite sports, can influence the attitude and values of the viewers, especially the youth. This is why players should impart values such as respect and discipline.

Chooks-to-Go, one of the lead backers of Gilas Pilipinas, supports this message. It believes that sports like basketball, at all levels, should be friendly, fun and healthy. Moreover, it should promote positive values especially to the young patrons who idolize the players.