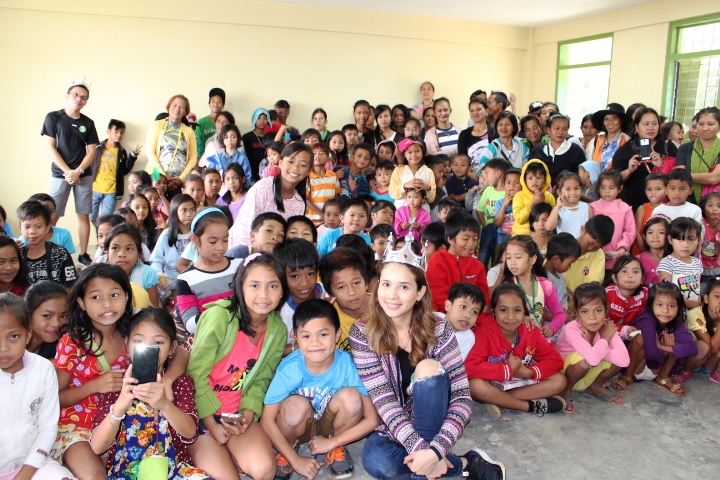 Singer-actress Karylle Tatlonghari held an outreach activity for students of the New Little Baguio School in Laguna last January 22. The said school is one of the four beneficiaries coming from the Tatlonghari-organized 3Kings Fun Run last November.

The outreach program, called 3Kings Gift Giving event, was attended by Karylle and the Tatlonghari clan. According to Karylle, because her surname literally translates to “three kings”, she has been continuously supporting charities every year and does not give any second thoughts on gift-giving.

Over 100 students of New Little Baguio School participated in the activity together with their families. The kids welcomed Karylle and the Tatlonghari clan with an impressive dance number. Karylle, in return, surprised the kids with gifts and giveaways.

The students and their families were also treated to a sumptuous lunch with Chooks-to-Go oven-roasted chicken as the main viand. True to its tagline, “Masarap kahit walang sauce,” the served chicken products satiated the cravings of the attendees.

Chooks-to-Go is actively involved in outreach events. Last year, it also supported Karylle when she held an outreach program for Child Haus Manila. Likewise, it also constantly promotes volunteering in socially responsible programs among its employees.