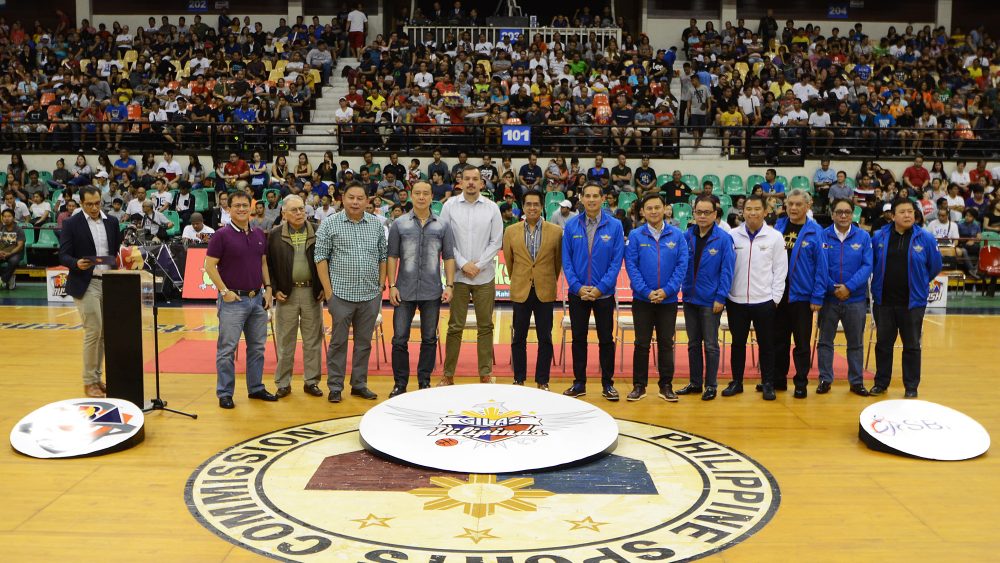 Last January 22, Gilas Pilipinas head coach Chot Reyes, together with officials from the Samahang Basketbol ng Pilipinas (SBP) headed by its President Al Panlilio, presented the 24 men that will be part of the pool of Chooks Gilas Pilipinas for 2017.

In stark contrast to past iterations of Gilas Pilipinas, the fifth version of the Men’s National Basketball Team under the SBP is young, very young. Jayson Castro, Asia’s best point guard, leads the cast and will serve as the team’s eldest statesman at 30 years of age.

“We have a very clear picture of the kind of game that we want to play. We wanted the best players that can execute and implement that kind of game. We took a look at 2019 [FIBA World Cup] and our target is 2019,” Reyes said. “We chose, for now, to get players who will be at the peak of their careers in three years’ time.”

“Now, our issue will be the same with what we had before, which is making them come together and making them a team. We like combination of their youth and veteran smarts,” the National Team mentor added. “It’s a good mix and it’s possibly the tallest group of players that we can assemble. I really like its composition.”

Reyes and Panlilio were joined by PBA officials and Bounty Agro Ventures, Inc. (BAVI) President and General Manager Ronald Mascariñas. BAVI is the company behind Chooks-to-Go, the major partner of Gilas for its continued quest to basketball stardom.

“The team looks very promising especially with a very young core,” Mascariñas said. “It’s going to be fun to watch and will prepare us for the long haul.”

Moreover, Mascariñas reiterated Chooks-to-Go’s commitment to the National Team program, vowing that they will be there for every practice, every game and every moment Gilas will take part in.

“We would like to thank MVP, Coach Chot and the Filipino people for this opportunity. We promise that we won’t let you down,” Mascariñas vowed.

The first major international tournament Gilas Pilipinas 5.0 will take part in will be the 2017 SEABA Championship in April.