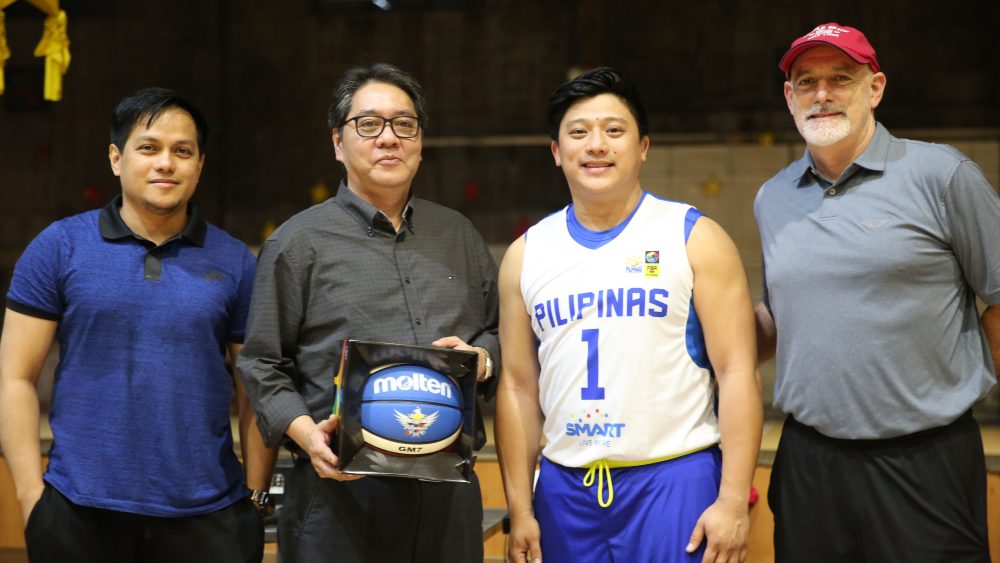 The two teams represented Chooks-to-Go, one of the retail brands under BAVI and a major sponsor of Gilas Pilipinas for its quest for Olympics 2020.

The four-hour game aimed to promote sportsmanship amongst the teams playing in the event. It was graced by BAVI President and General Manager Ronald Mascariñas, Ateneo Blue Eagles Head Coach Tab Baldwin, and former UP Fighting Maroon Jett Manuel.

“We just wanted to set-up a simple gathering with the employees of Bounty Agro Ventures [parent company of Chooks-to-Go], just a simple bonding experience with the other companies that Melmac Sports is serving,” owner of Melmac Sports Mel Macasaquit said.

Playing in the tournament showed stronger teamwork among the players. As the game progressed, it was evident that the team was evolving from individualism to a team effort with a strong desire to win, and thus, promoting camaraderie among its members.

FIBA-accredited referees facilitated the game, which assured that the game is conducted in a professional manner, especially that the employees displayed passion and intensity.

“If there’s one thing that can unite us all, it’s basketball. I’m just glad that everybody had fun playing tonight,” Mascariñas shared.

The staff of the UP Fighting Maroons, led by UP assistant coach Mo Gingerich, was crowned as the first-ever recipient of the Legends Cup, while Melmac Sports and Gold’s Gym took home silver and bronze, respectively.