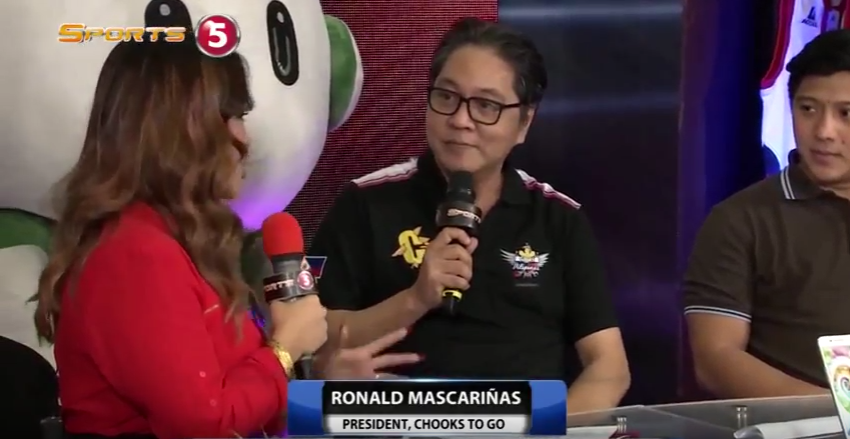 WATCH: The Gilas Pilipinas Program has a new partner in Chooks-to-Go

In his speech, Ronald Ricaforte Mascariñas, president and general manager of Bounty Agro Ventures, Inc., the company that carries Chooks-to-Go, stressed that “the impact of Gilas Pilipinas to the Filipino people transcends basketball” and that “the country is united in hope and prayer every time Gilas plays.”

Returning Gilas head coach, Chot Reyes, on the other hand, declared that every Gilas player dreams of bringing the Philippines back to Olympic basketball competition.

And of course, despite the participation of Chooks-to-Go, Manuel V. Pangilinan of MVP Group said that they will never get tired of supporting the national basketball team.