The Bounty Blog
Bounty Agro Ventures, Inc. (BAVI) / Blog / Maroons getting there as they held onto the Growling Tigers in a losing effort
Sep 21 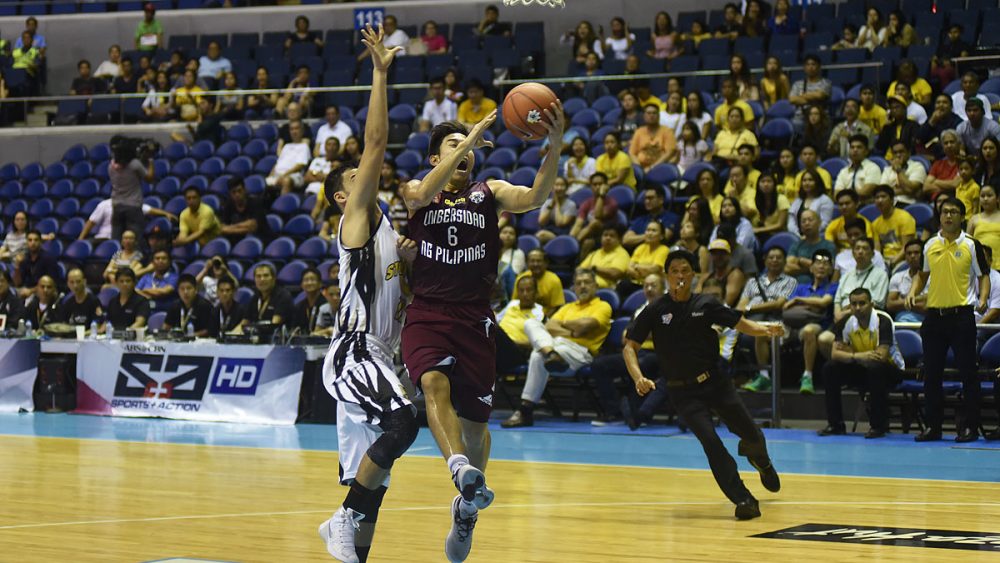 In what could be a change of mind-set, the UP Fighting Maroons kept the duel alive against the UST Growling Tigers until the dying minutes of Saturday’s game, which ended 83-77, in favor of UST.

Even after trailing by as much as 11 points in the final quarter, the Fighting Maroons did not let go of the Growling Tigers. Noah Webb’s jumper sparked UP’s rally, followed by Diego Dario’s three point shot, which tied the game 67-all.

However, the Tigers stole the wind from the Maroons with their man-to-man defense and a series of plays from De Guzman, Faundo, and Vigil, reclaiming a decisive lead of 79-71 with just 1:29 left in the game.

King Tiger Louie Vigil was the player of the game, ending with 18 points, 6 rebounds, 7 assists, and 2 steals.

UP’s next game is against the UE Red Warriors on Sept 21, 2:00 PM, at SM MOA. Both teams are winless with 0-3 standing each. Watch the game live at ABS-CBN Sports + Action.