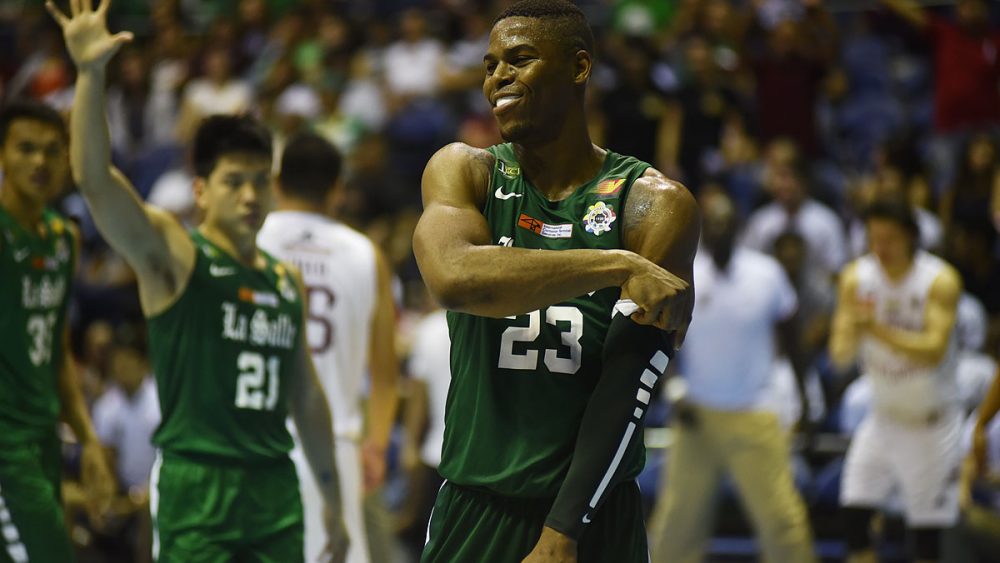 Reminiscent of their loss to the Adamson Soaring Falcons last Sunday, the UP Fighting Maroons once again falter in the 3rd quarter and loses by double digits (89-71) in Sept 10’s game, this time against the tournament favourite: the De La Salle Green Archers.

Before the Maroons broke down in the 3rd, they were able to cut the lead to 6 pts in the first few minutes of the quarter. Mbala, however, held the Green Archers’ “Mayhem defense”, causing the UP Maroons to only score 2 pts in over 6 minutes.

UP’s next game is against the UST Growling Tigers on Sept 17, 2:00 PM, at Araneta Coliseum. Watch it live at ABS-CBN Sports + Action.