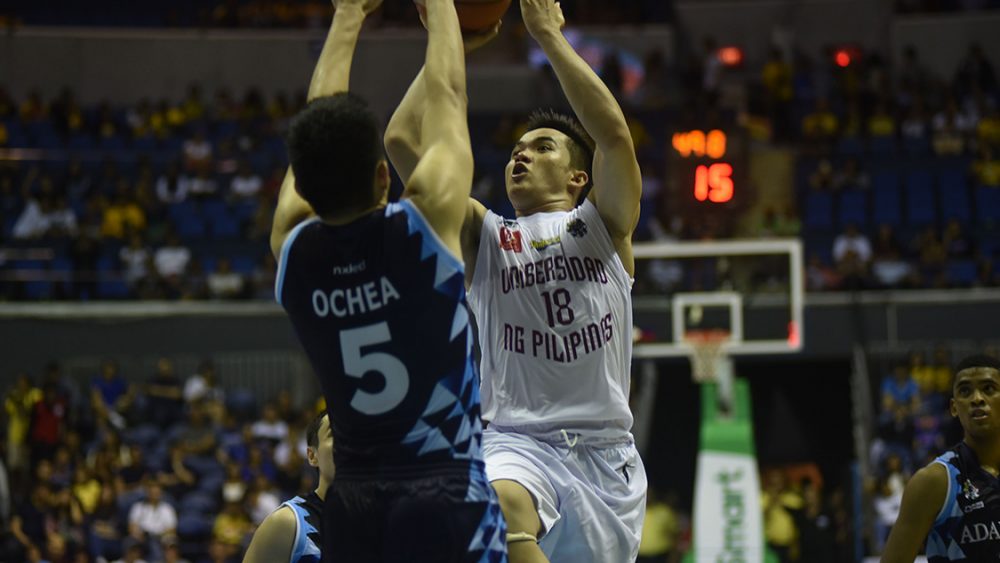 The UP Fighting Maroons, Chooks-to-Go’s supported team for the men’s basketball tournament of the University Athletic Association of the Philippines (UAAP), loses their first opening game to the Adamson Soaring Falcons, 104-85.

The Falcons, led by UAAP rookies Jerrick Ahanmisi, who made 6 3-pointers out of 7 attempts, and new court general Robbie Manalang, kept an early lead over the Fighting Maroons throughout the whole game.

UP rallied to cut the lead to 8 points by the end of the first half with multiple steals, but the outside shooting of the Falcons exposed the Maroons’ poor perimeter defense, with the former pulling away by the fourth quarter.

Falcons rookie Sean Manganti sealed the game away with a two-handed dunk that silenced the UP crowd with just 2 minutes left in the game.

Team Captain of the Fighting Maroons, Jett Manuel, led the first half for the team and ended with 15 pts. Paul Desiderio led the team for a late rally in the fourth and ended with 24 markers for the Maroons.

Coach Bo Perasol cites UP’s poor defense as root cause for opening loss to Adamson: “Looking forward, we need to find a way to get our opponents out of sync. We just can’t have a good game and let our opponents have good games also. Obviously, marami pa kaming maa-adjust defensively. We were able to make stops, but in the end kinapos pa rin.”

UP’s next game is with this season’s favourite, the De La Salle Green Archers, this Saturday, September 10, 4:00 PM, at Araneta Coliseum. Watch it live at ABS-CBN Sports + Action.