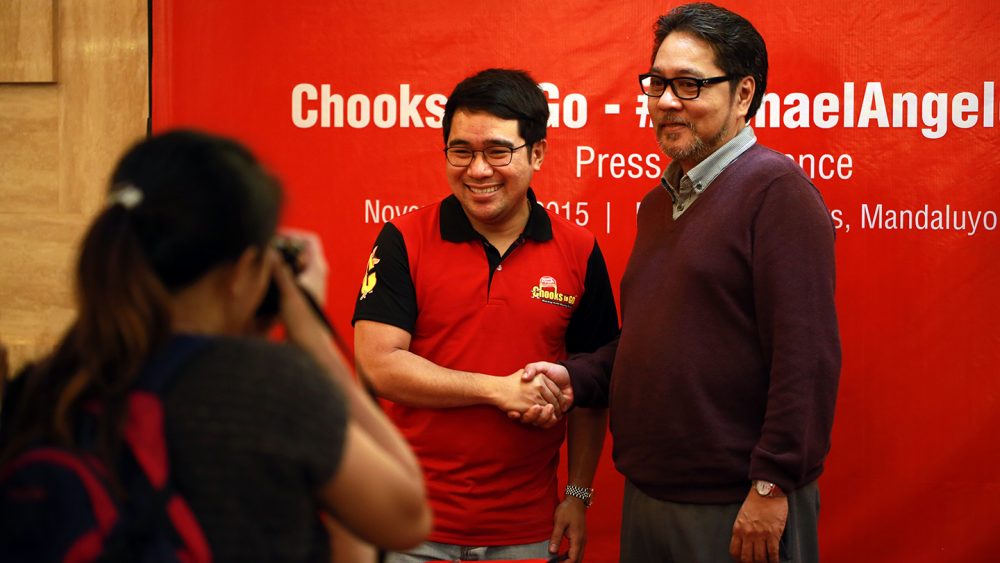 November 16, 2015—Another momentous event for the books as Bounty Agro Ventures, Inc. (BAVI), the company that owns Chooks-to-Go, sealed the continuation of its partnership with #MichaelAngelo. This is the second time around that the chicken rotisserie brand is in support of the show, hosted by no other than TV personality and inspirational speaker, Michael Angelo Lobrin.

The press conference was held at BSA Twin Towers in Mandaluyong City. It was graced by the presence of BAVI executives, selected BAVI employees, and invited press. All were eager to learn about the new treatment for the third season, which was surprisingly quenched when Michael Angelo gave the audience an exclusive preview of the entire first episode of season 3.

For the new season, viewers can still expect the familiar kwela adventures of Chooks-to-Go mascots, Chikoy and Tom Crew with Tom Gu. But offering something new to the table, Chooks-to-Go is also set to serve a melodramatic segment that will timely communicate Chooks-to-Go’s new messaging for the upcoming year.

The continuation of the partnership between Chooks-to-Go and #MichaelAngelo is indicative of the development of a mutualistic relationship. A bond that is both compatible and complementary, with both being ultimately rooted in the same desire of bringing happiness, be it on dining tables or television sets.